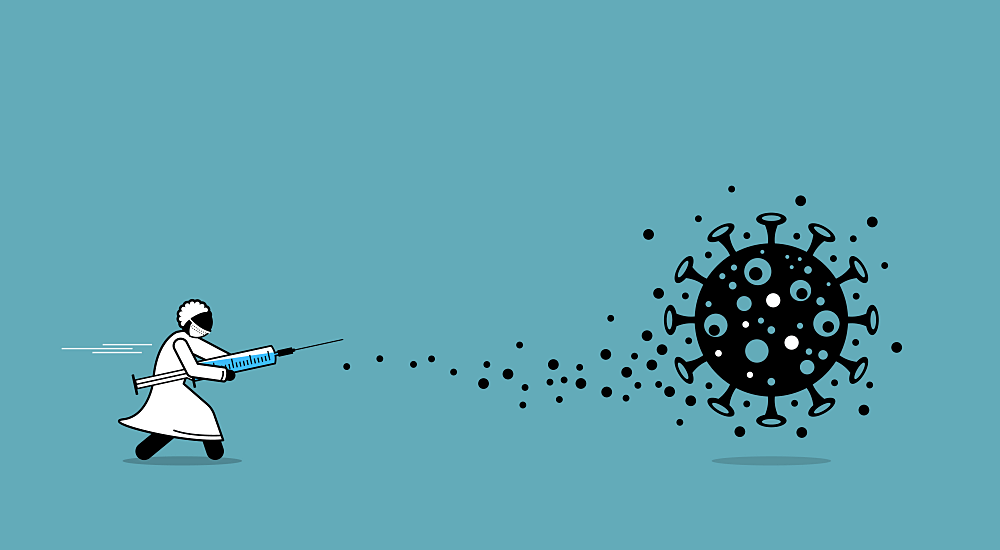 A 12-day long vaccination campaign against typhoid is set to begin today by the Peshawar district administration and the health department. All preparations pertaining to the initiative have been finalized.

According to resources, the campaign will vaccinate over eight hundred thousand children aged between 9 to 15 minutes.

A meeting was also conducted in this regard, with Shafiullah Khan, Deputy Commissioner Peshawar, serving as the meeting chair.

While speaking at the meeting, Khan emphasized the significance of parents administering typhoid preventive immunizations to their kids and how the initiative can be beneficial in the long run.

Typhoid was a dangerous and deadly fever for which various measures are being taken by the government. The citizens should be vaccinated to prevent typhoid and they should ensure cooperation with the health department and district administration.

It is also pertinent to note that the month-long Corona vaccine program has also begun in the provincial capital.

A meeting on Corona vaccination was called recently, and again Shafiullah Khan was in charge.

The participants were informed that throughout the one-month campaign, Corona vaccinations would be offered to people in bus stations,  health centers, and other public places.

Additional Deputy Commissioner, District Health Officer, Deputy District Polio Officer, and others were among those present.