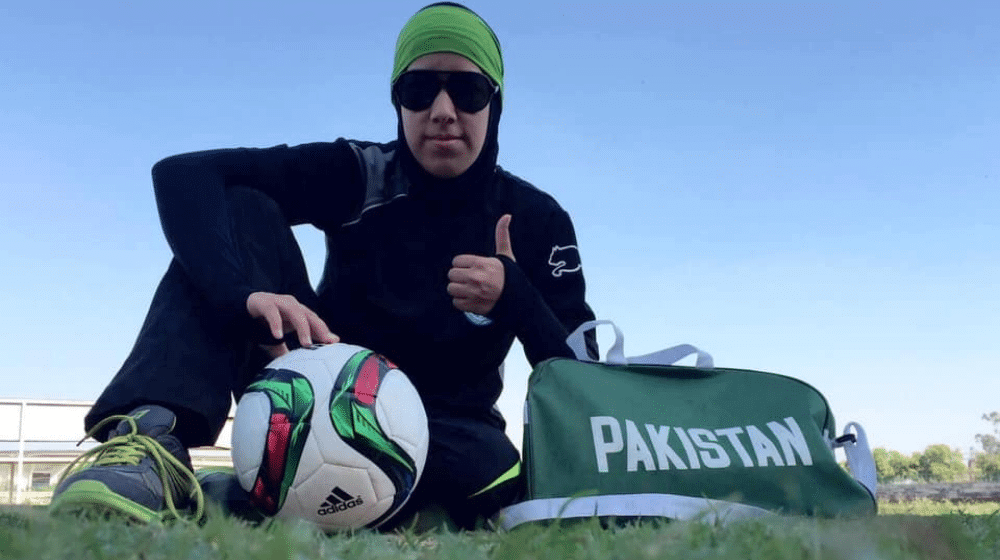 Pakistan is a land filled with many young talents and a lot of them have represented us nationally and internationally. One of such talents is our youngest female footballer “Abiha Haider”. Abiha joined the national team at the age of 13, which is quite inspiring for everyone out there.

Although there are numerous young footballers who represent Pakistan in international competitions, only Abiha has addressed Pakistan in a FIFA Female Heroes Documentary. Abiha has developed into one of Pakistan’s most promising footballers. She has spoken on behalf of her country on a number of occasions around the world up to this point. Football, according to Abiha, provides a platform for exposing Pakistani women as formidable competitors. She genuinely enjoys women’s football.

She has been competing in sports and representing Pakistan internationally since 2010. She has captured the hearts of millions by making the country proud of her accomplishments. She was included in the list of the 30 Most Powerful Muslim Women in Sports.

Abiha was asked to represent Pakistan at the White House in 2011. She used the occasion to tell the world that Pakistani women are strong and courageous. Her past most promising achievements include becoming a ‘2x Guinness World Record Holder’ for playing the longest football match in France, which lasted up to seventy hours and featured 60 nationalities.

Abiha Haider presently operates a football academy where she coaches young girls and encourages them to pursue their aspirations in sports. Abiha Haider exemplifies tenacity and bravery, and she has also proved that football is not just for males.