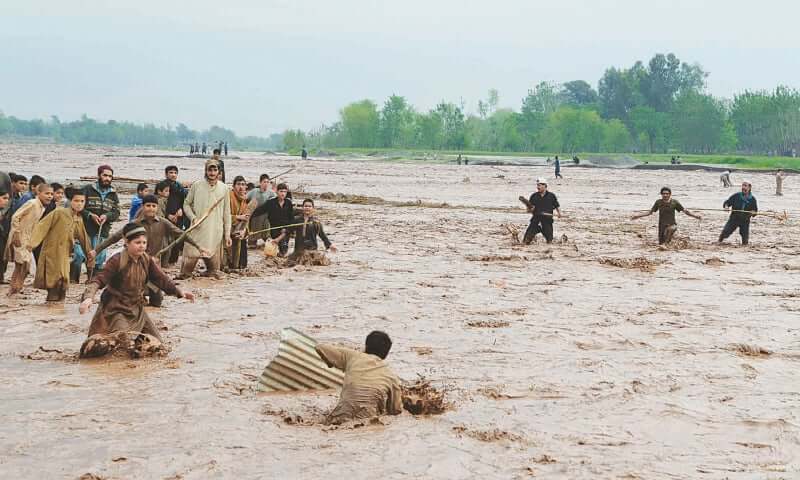 Balochistan and Punjab provinces received emergency aid from the National Disaster Management Authority (NDMA). The relief goods were arranged for the flood-affectees of both provinces.

As stated in a press release, the NDMA made sure flood victims in Lasbela were provided with residential tents and ration bags.

Military and Navy helicopters, as well as the Pakistan Flood Relief Authority, were used for distributing food to those in need. After the weather improves, the helicopters will assist with rescue efforts. Ration bags were also given to the Provincial Disaster Management Authority (PDMA) Punjab for the flood victims in Isa Khel District Mianwali, as well as to Rajanpur flood victims.

Meanwhile, Pakistani military members are aiding civil authorities in regions affected by recent urban flooding throughout the country with rescue and relief efforts. The Pakistan Army’s Emergency Response Teams are constantly engaged in dewatering and distributing essential food and medical supplies to the affected populace, according to ISPR.

Hundreds of residents in Jamshoro, Gharo, Kemari, and NIPA Chowrangi received relief supplies and free medicines from Pakistan Army forces and mobile medical units. Over 1,500 people in Balochistan received medical treatment as a result of the efforts of medical teams in Quetta, Turbat, and Lasbela.