Cricket in Pakistan has been led down and that too by the known nice guys from whom this was not expected.

The New Zealand Cricket Team on Friday managed to bail out of the first ODI right before its commencement. Security threats were cited as the sole reason behind the abandonment of its ongoing tour of Pakistan, which the host board had neglected entirely. The New Zealand cricket team had decided to take part in the first of three ODIs in Rawalpindi and the five-match T20 series in Lahore. The series could not begin on time as the New Zealand team stepped back and both teams remained in their hotel rooms.

Following this unexpected gesture, New Zealand has faced much criticism from the former and current Pakistani cricketers. Despite the repeated assurance from the host i.e. Pakistan Cricket Captain as well as Prime Minister Imran Khan, New Zealand did not stay any further and decided to opt-out of the match. Instead of completing their tour, the team flew to Dubai ahead of the T20 World Cup. 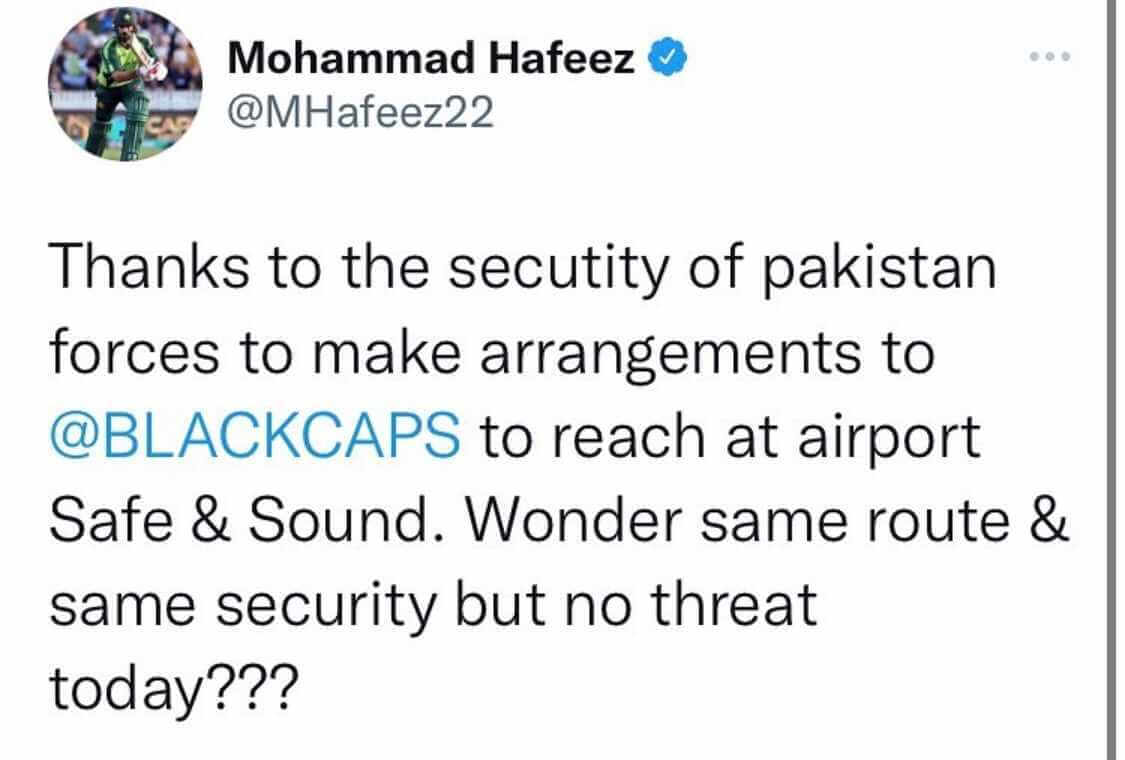 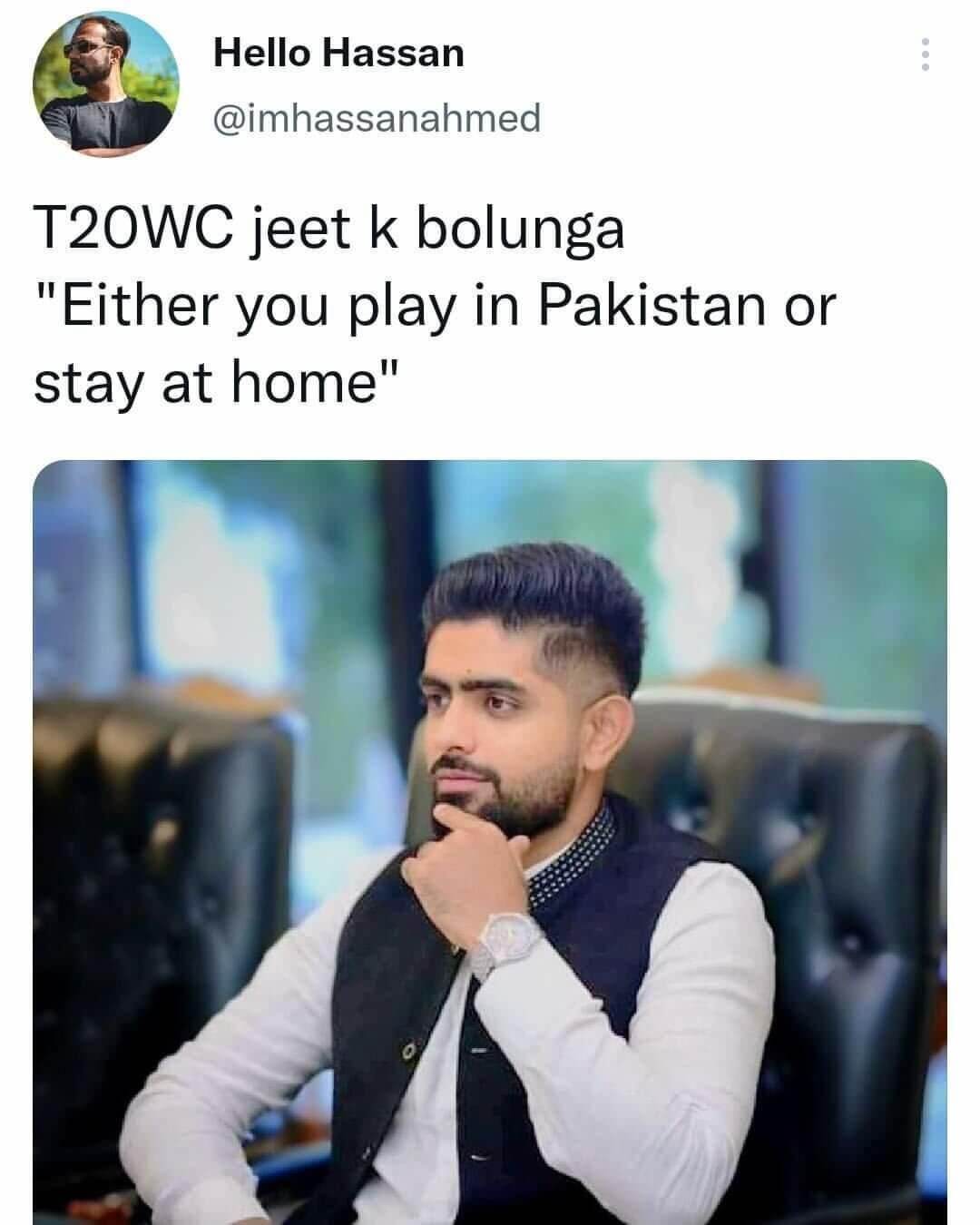 Meanwhile, Chris Gayle of the West Indies cricket team, posted a cheerful tweet not only saying that he was ready to go to Pakistan but also asking who will accompany him on his tour. On top of that, the former Australian Cricketer, Dennis also assured of the safety of our homeland. 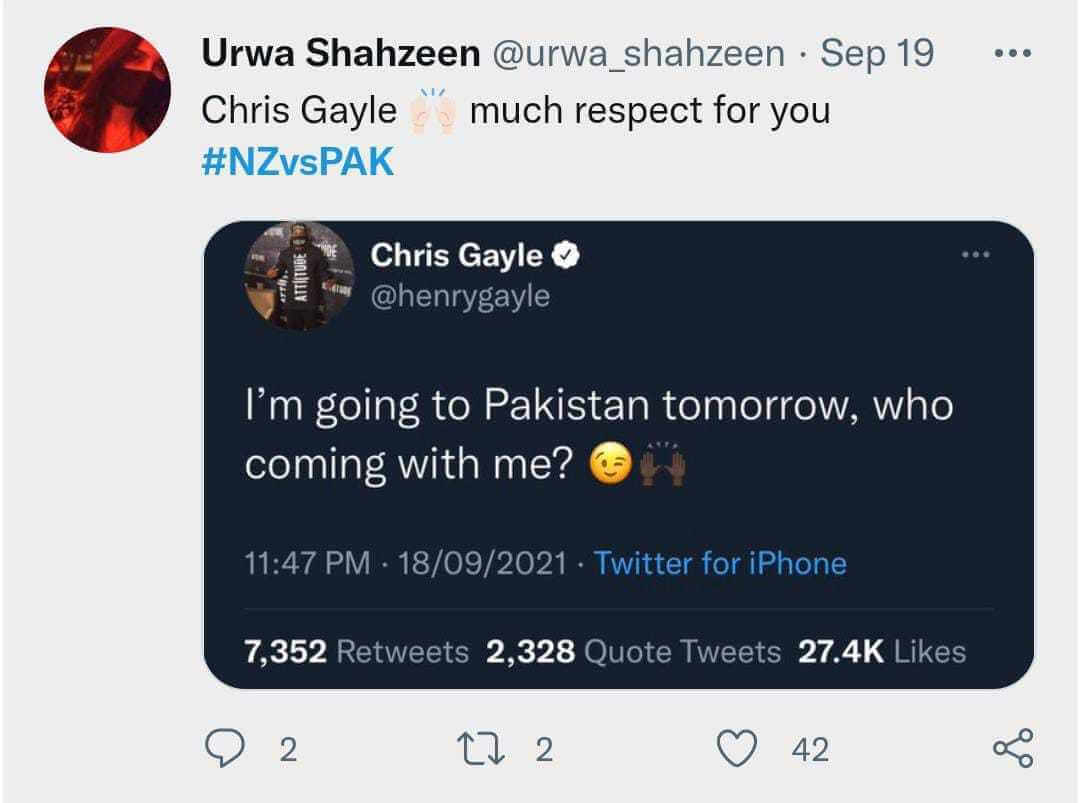 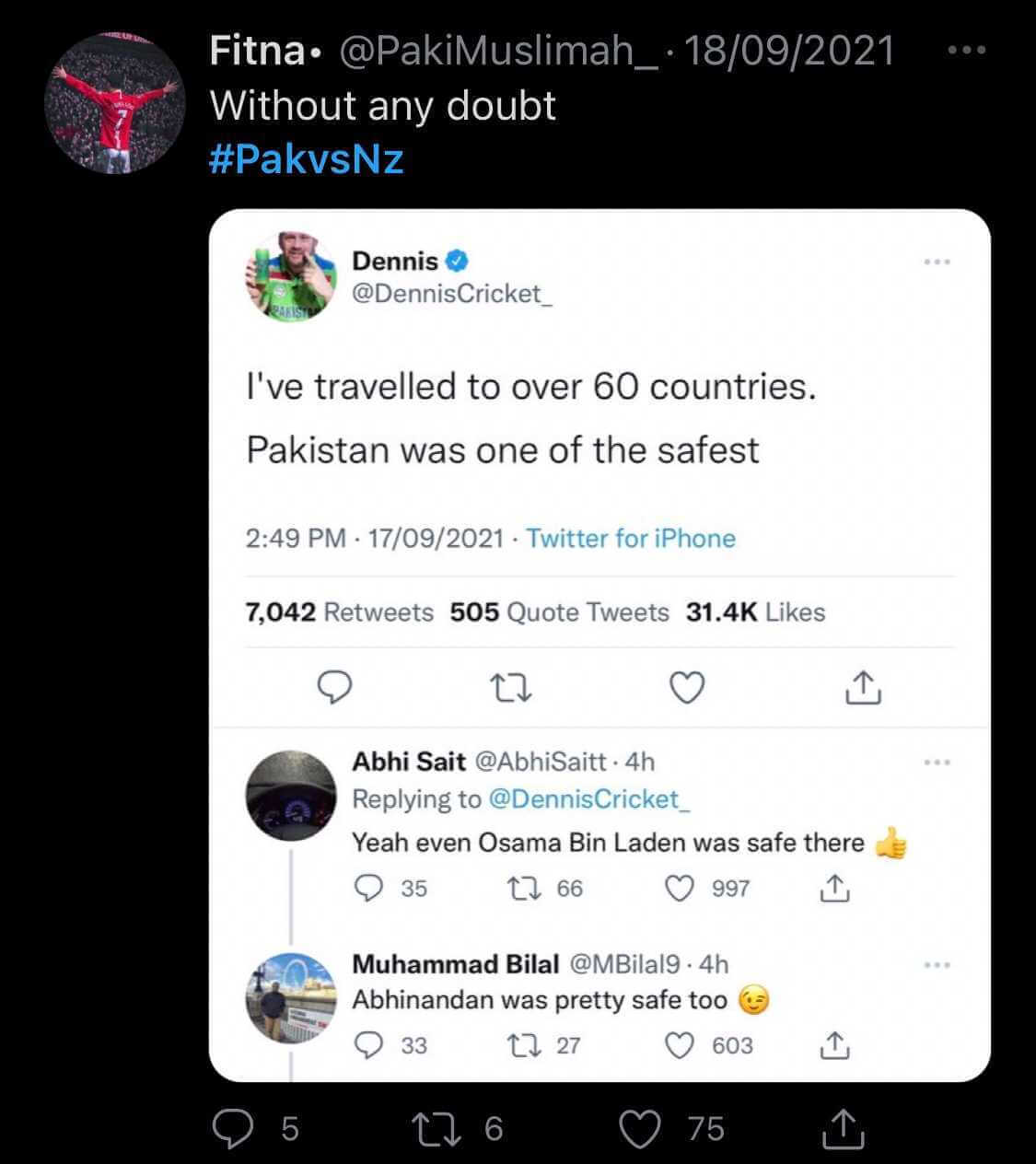 Answering the security threats in Pakistan, the netizens have been enjoying their time on social media with the bombastic memes to bash New Zealand for their cowardice.

Our Politicians have shown remorse over the act. Sheikh Rasheed had a rather strong comment to make on New Zealand’s shameful pullout stating that the country’s entire army is not as much in numbers as the security provided to the team. 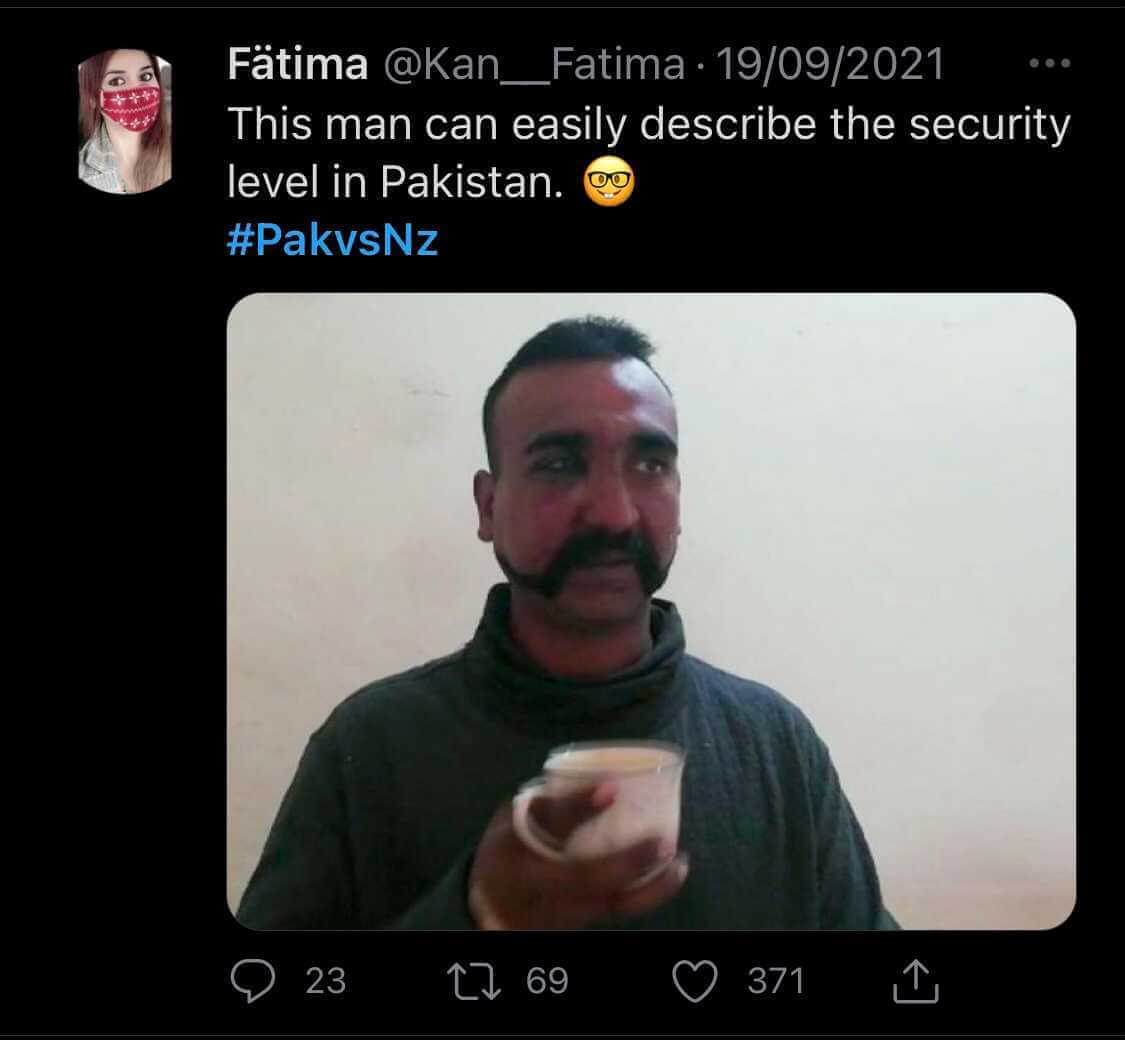 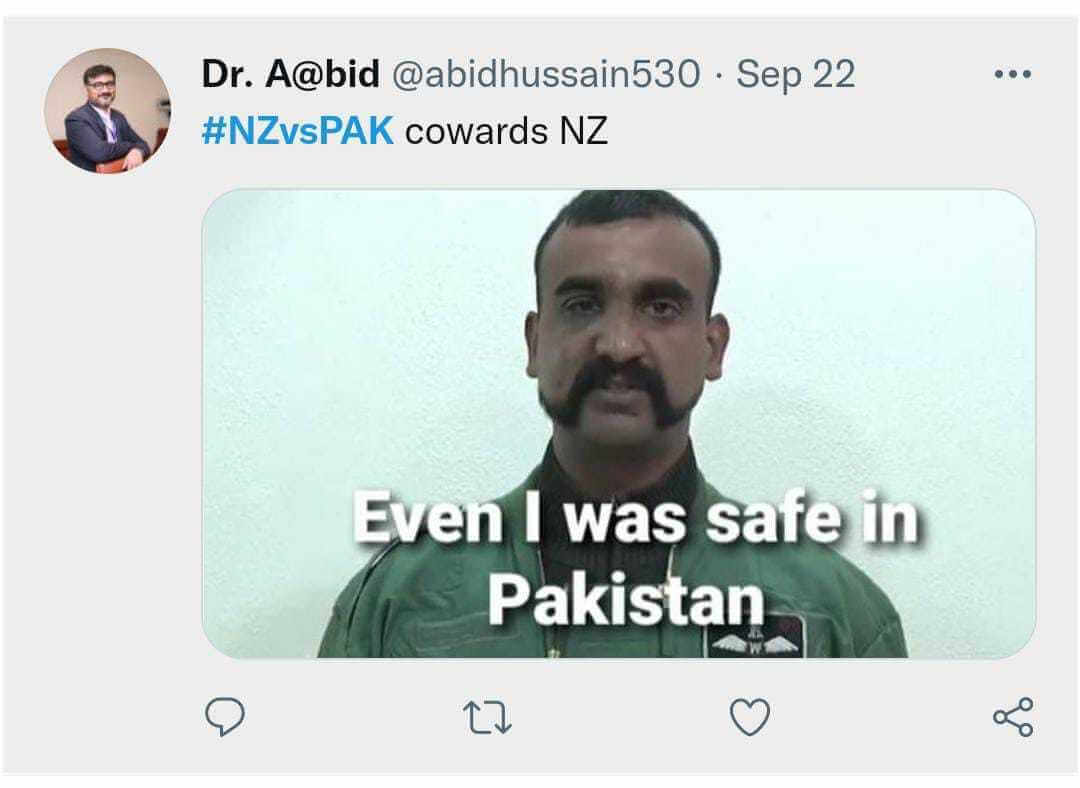 Netizens are having the time of their lives bringing back old memes and making fun of the perceived security threats that New Zealand used to bail out of the match. Not to forget the infamous Abhinandan from India.

It seems Pakistanis leave no chance when it comes to being creative with memes.

I mean where’s the lie. Am I right?

If there’s one thing we are good at, it’s got to be our meme game.

Just after New Zealand changed its mind, we heard yet another news of England stepping back over security concerns.

Making an excuse on the security concerns and that too in the Federal Capital does not make any sense. The security chief of New Zealand visited Pakistan prior to the match and the cricket team stepped their foot on his recommendation. The practice was also being carried out for weeks, but the cancellation right after the toss makes little sense. Pakistan has always promoted and taken extra precautions for the security of international athletes visiting the country.

The whole situation has triggered all kinds of emotions in our sports enthusiast Pakistani’s and they have channeled their reactions through memes and let’s say it, we are enjoying it!