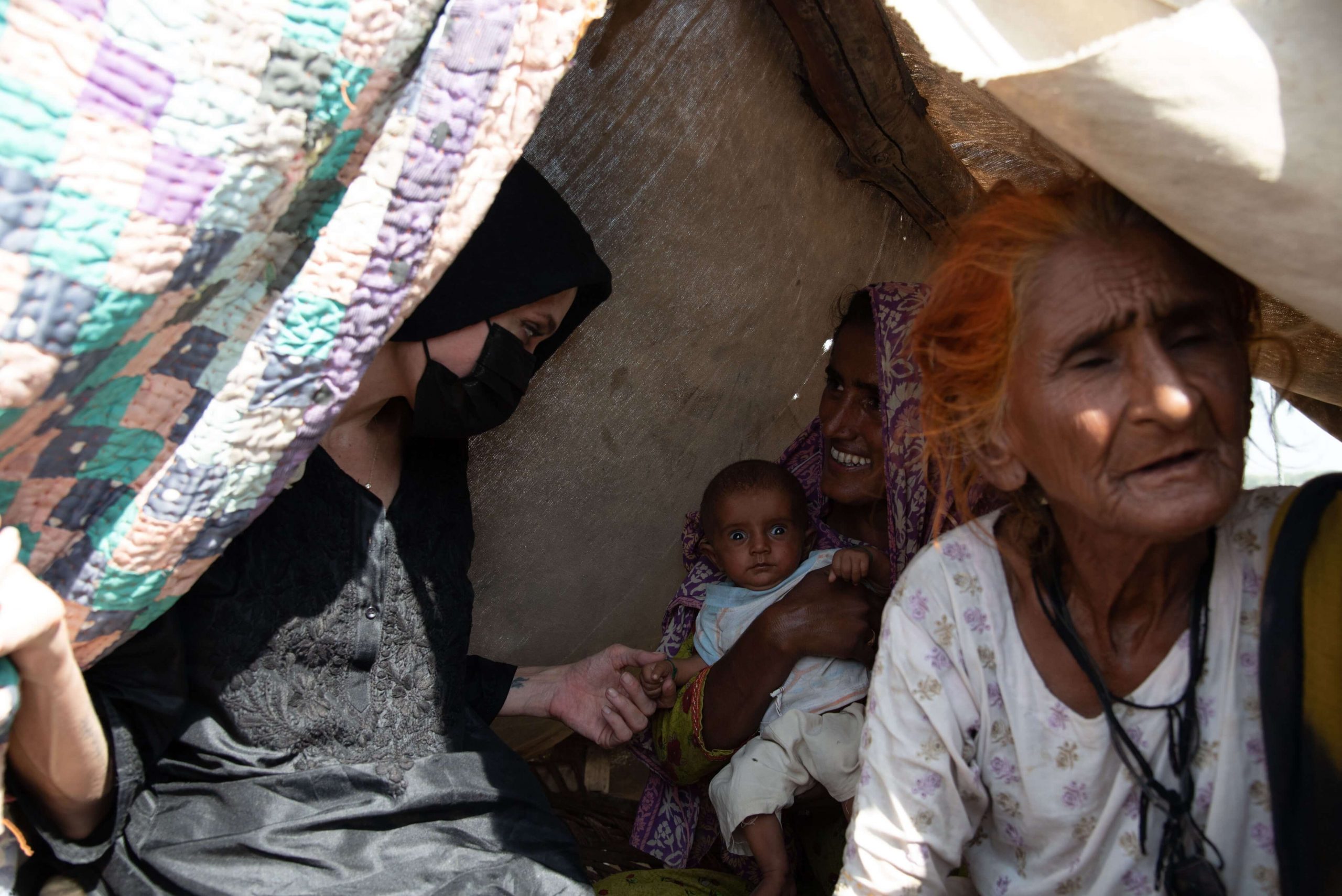 As a part of the International Rescue Committee (IRC) emergency response operations, she is visiting Dadu, in Sindh, to meet the flood-affected families in person.

She arrived via helicopter in the Zamzama oil fields and took a boat to survey the area in Johi and its surroundings.

The UNHCR Ambassador is reportedly in Pakistan to gain an understanding of the situation, communicate directly with the victims, learn about their needs, and devise strategies to prevent such an event in the future.

Jolie hopes to create awareness among the international community regarding the urgent support needed by countries challenged by climate change.

Pakistan contributes only 1% to the global carbon emissions and has given shelter to numerous Afghan refugees for over 2 decades.

Shabnam Baloch, the Pakistan Country Director of IRC, has expressed her concerns about the climate change crisis affecting millions of lives and the future of  Pakistan.

Talking about the visit by Angelina Jolie, she stated that it will help the world wake up and promptly take necessary action.

After becoming the UN Goodwill Ambassador, Angelina has visited Pakistan multiple times including her visit during the 2010 floods and the 2005 earthquake.