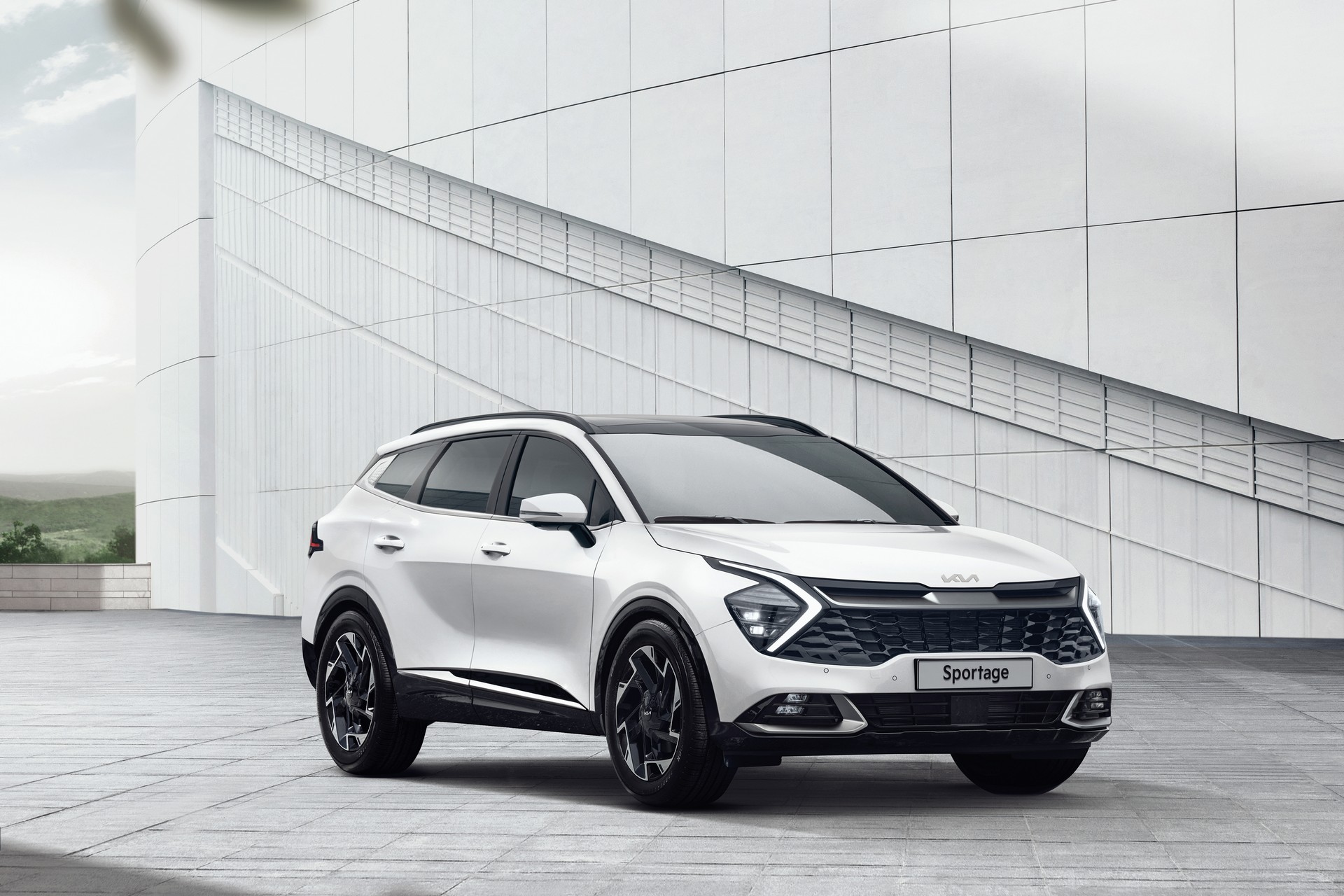 The crossover/sport utility vehicle sector is the name of the game, and it has swept the market all over the world. Every automobile manufacturer offers a number of options in this area, but it appears that there is still a strong need for more. The scenario is similar when it comes to Korean brands such as KIA. Sorento, Soul, Seltos, Stonic, and Sonic are all examples of KIA’s fondness for the letter “S” for crossovers and SUVs, but it all started with the Sportage in 1993, when the first version of KIA Sportage was debuted.

In this blog we will discuss:

The current Sportage [ same as in Pakistan ] debuted in 2015 and had a mid-cycle redesign in 2018. Sportage has been a long-running nameplate for KIA, and it’s time for the next generation. The new / 5th generation Sportage has been carefully disguised on public roads for some months now. Many generated pictures for the probable next design also got popular on the internet. KIA officially revealed the first teaser photographs of the 5th generation Sportage a few weeks ago. KIA also stated that the model would be completely shown on June 8th, which is today if you check your calendar. The model was unveiled by KIA Global early this morning, and it is already available. Apart from the interior and external design philosophy, KIA did not release any technical specifications, features, or choices for the new model.

KIA hasn’t revealed any technical or mechanical specifications, but given that the Sportage is a non-identical twin of the Hyundai Tucson, we may assume the same engine lineup as the new Tucson 4th generation. 2L inline 4 MPI with 154 horsepower, 2.5L inline 4 with 187 horsepower, 1.6L Turbo with 177 horsepower, while a more powerful 2L or 2.5L Turbo with 250 horsepower +/- is conceivable. KIA may also sell the Sportage in hybrid and plug-in hybrid configurations. Both front-wheel drive and all-wheel drive will be offered, as usual. Later this year, we’ll find out how sporty the new Sportage is.

Many rendered photos of the camouflaged Sportage were seen on the internet before the official introduction. Later teaser photographs also provided a great insight into the upcoming model. KIA did not disclose any proportions, but based on the images, the new model appears to be larger than the previous model. Because the next generation is built on a completely new platform and architecture with the chassis code “NQ5”, this would be correct. The fourth-generation Sportage has a bubbly, chunky appearance, but the new fifth-generation Sportage lives up to its name, with a sporty and groundbreaking design.

The new Sportage features a bolder, distinct, and dynamic design on the front with the next generation of Tiger nose wide and bolder grille, comparable to and influenced by current newer KIA products like the new K5 Sedan or the new 4th generation of Sorento. The new cube-styled headlights are encased by wraps around the front bumper and new boomerang-styled Day Time Running Lights/ DRLs that extend down the fender and hood line.

On each side of the redesigned front bumper are twin spot fog lights. The beltline now slopes upwards with a chrome strip leading to the rear, while the roofline slopes backwards with an incorporated roof spoiler on the side profile. The C-broader pillar’s and larger glass panel will boost the interior’s openness and visibility. The back of the Sportage gets new thin LED taillights, and the roofline has been reprofiled in comparison to the previous version.

Unlike prior generations, when the indicators were located in the bottom section of the bumper, it appears that the indicators are now part of the taillight assembly. The rear wiper arm isn’t visible because it will now work from underneath the rear spoiler. The license plate is placed in an unusual location on the blacked-out new bumper, and a satin silver diffuser wraps around the section of the bumper. The new model will have the option of a blacked out top with specific exterior colors, which will accentuate the athletic character of the new Sportage, according to KIA.

The front may be divisive, and everyone will have an opinion on it, but the exterior is undeniably better. Kia’s primary global design team in Korea, Germany, the United States, and China collaborated to create the new Sportage. The new Sportage adheres to KIA’s new design theme and brand identity, according to the company.

A single teaser photograph released by KIA a few weeks ago gave us a glimpse of the inside. Even without viewing the entire inside, one thing was clear: this will be cutting-edge and innovative. Our expectations were met, as the new interior is unquestionably cutting-edge, inventive, high-tech, and classy. The Sportage’s interior design is similar to what we’ve seen recently on other modern KIA cars. The dashboard photographs were released by KIA, and we can observe a fresh design concept here as well. A unique panoramic curved broad glass panel conceals two digital screens that have been connected together. The one behind the steering wheel is the driver’s instrument panel, while the other is the passenger’s infotainment system
Unlike the earlier Sportage, which had multiple buttons, there is a new and streamlined HVAC temperature control panel. A new steering wheel with a new company logo can be seen, as well as new steering wheel controls. The interior is updated with new three-dimensional air vents and a redesigned center console. The Sportage also receives a broad transmission controller, which adds more room and utility to the vehicle. KIA offers high-quality materials and better soft touchpoints, as well as increased comfort, user-friendly controls, convenience, and soundproofing. Although the outside design may be subjective, the 2017 Sportage’s interior is nothing short of fantastic.

Later this summer, KIA will unveil further specifics, including technical and other aspects. Sales are planned to begin in South Korea’s native nation in the fall of 2021. Customers in North America will be pleased to learn that the 5th generation will be unveiled by the end of 2021, and that it will go on sale in the first quarter of 2022 as the model year 2023. It will expand to additional areas, particularly the Right-Hand Drive markets, starting in 2022.

We’d want to see the newer version on our roads as soon as possible, however, we are uncertain that the next generation of Sportage will be in Pakistan until 2023, so the PKDM Sportage still has a few years to go. Keep in mind that the next-generation Sportage will be built on a whole new platform, necessitating significant modifications to the present production plant in Pakistan. In other words, because the new generation is not a plug-and-play replacement for the existing line, it will take some time for us to get a taste of it locally after the international launch, and the CKD/complete knockdown kits, which are the foundation of our local auto industry, will not be available right away.