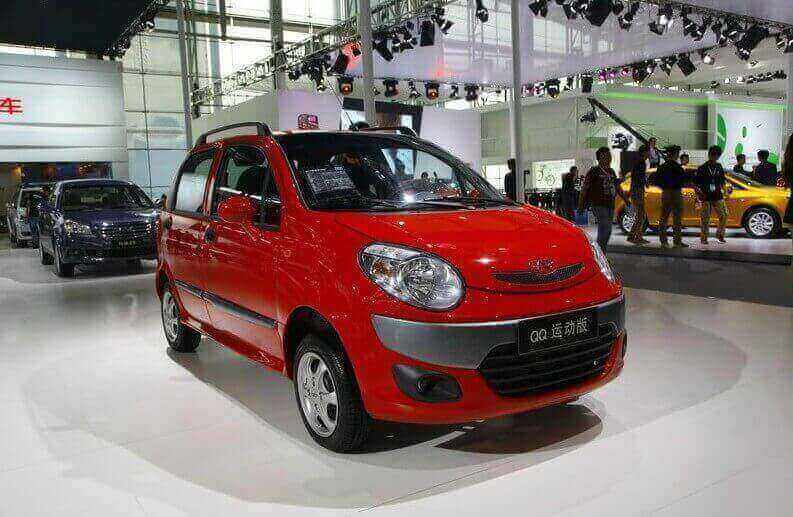 We all remember the 800cc hatchback Chinese car that became very popular in Pakistan in the late 2000s and early 2010s. The car gained popularity among the Pakistanis because of its unique feature and of course the color options.

Pakistan is all set to welcome new cars and SUVs in the next year and it has been mentioned that the infamous Chery QQ is set to make a comeback in Pakistan, all praise to United Motors Pakistan. If the talks are true, Chery QQ will have the third position in the list of small cars, after United Bravo and Prince Pearl. But the new car, not sure which variant will be launched in Pakistan, will a great addition to the existing market.

Background Of The Chery QQ

The 800cc hatchback was launched by Pakistan Chery Automobiles, a private limited company. This company was the sole distributor of the cars in the local market. Chery automobiles was china’s state-owned car manufacturing company and also one of the biggest companies.

Features Of The Car

The first model of Chery QQ was launched in 2003 in Pakistan. The car came as a competition of the Suzuki Mehran and was often compared to it. The hatchback was an 800cc car with 4-speed manual transmission and with 13-inch wheels.

The car was well equipped at that time. It had power windows, power steering, and power locks along with a chilling air conditioning system.

In terms of safety, the car has seatbelts for all the passengers, Airbags to protect in case of an accident, and ABS features as well.In a nutshell, the car was far better than its competitor, Suzuki Mehran.

We all agree that Chery saw massive success in the market but it saw its downfall at the same pace. There are reasons to believe that the car saw its downfall partly due to the non-availability of its spare parts in the market and also it’s low aftermarket value. Two of the main reason why the car could not maintain its popularity in the local market. However, the domination of the Big Three also contributed to the downfall of the automobile manufacturer.

The New Generation Of Chery QQ

The current generation has three variants, the 800cc, 1000cc, and 1100cc. Whereas the 1100cc variant comes in both manual and automatic transmission. The rest of the variants come in 5-speed manual transmission.

The variants are well equipped with power windows, power steering, and power locks along with a chilling air conditioning system. Since the interior is a USP in cars now, the Chery QQ has comfortable seats that compliment your posture, the dashboard design is sleek and stylish.

For safety, the manufacturers have installed dual airbags, ABS, and crumple steering column in the car.

Considering the success of United Bravo and Prince pearl in the local market, the Chery QQ will surely be a competitive addition. We hope that the manufacturers release the car in exciting new bold colors. However, this time the success of the car entirely depends on the availability of the spare parts and of course the aftermarket value. If these two conditions are catered we might see Chery’s success in Pakistan once again.